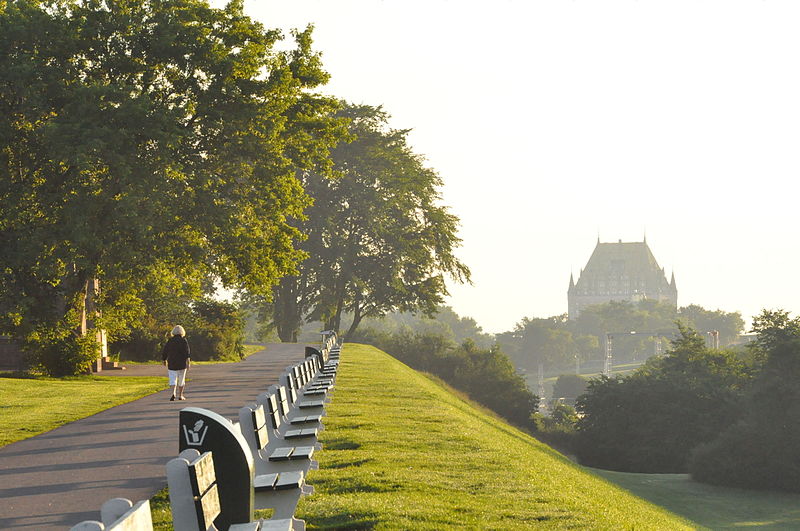 When planning translates into results

While examples of proper planning exist throughout the world, many can be found right here at home. This article hopes to shed light on some of these successes, to serve as examples of what a comprehensive review of Westmount’s Master Plan can achieve through adherence to a community’s vision and goals.

Large urban parks are an important feature of modern cities. Over a hundred years ago, prominent citizens in Quebec City hoped to develop a large urban park, as many North American cities were doing. A large area, west of the Citadelle de Quebec, was identified as the most promising for such an endeavor, even though it was currently occupied by various owners. After many steps, the federal government officially created the Parc des Champs-de-Bataille in 1908 and a development plan was commissioned the following year from the famed landscape architect Frederick G. Todd.

As it is the case with many large-scale public works, Todd’s plan would take nearly 50 years to complete. The land acquisitions included in the deed were not finalized until 1928. The removal of unwanted buildings and the land development parts of the project would also take decades, as until 1951, a slum housing dozens of families still existed in the middle of the park.

Today, if the Parc des Champs-de-Bataille is one of Quebec City’s jewels, it is thanks to the community’s steadfastness and willingness to implement a long-term vision, without compromising it. Indeed, it is often beneficial in urban planning to set long-term objectives and to remember that a city is a collective project that is built over centuries.

The idea of transforming the east end of downtown Montreal into a cultural landmark dates back to the early 2000s. This vision gave rise to the creation of the Quartier des spectacles Partnership, a non-profit consisting of 85 organizations drawn from the fields of culture, education, research and business, as well as the City of Montreal and local residents.

Its mission was to coordinate local stakeholder efforts in promoting the neighborhood’s development, by integrating its cultural, urban, touristic, social and economic components into decision-making. This led to the adoption, in 2007, of a Specific Urban Planning Program for the area. The project has since received support from both federal and provincial governments, each of which, along with the City of Montreal, have awarded it $40 million, particularly for the development of large public spaces.

These investments, along with the commitment of local partners, have convinced private developers to join their efforts in achieving the partnership’s vision. Several institutions such as Les Grands Ballets Canadiens or the National Film Board, have recently moved their operations to the Quartier des spectacles, consolidating its prestige and vocation. This great collective success shows how a city’s development is often a matter of dialogue between citizens and local organizations.

The common thread to these examples of successful urban planning is citizens committing to a long-term vision that meets community goals and values. As such, a Master Plan becomes relevant and useful in the implementation of this vision, as it offers a “toolbox” for elected and city officials to carry out tangible projects.